Hollye Gilbert as Jenny Bridges and Peggy J. Scott as her mother, Emily Bridges in Portland Center Stage’s version of A Small Fire. With Tom Bloom as Emily’s husband John and Isaac Lamb as Emily’s construction foreman. Directed by Rose Riordan. At the Gerding Theater at the Armory thru Mar 23, 2013

Richard Wattenberg writes in the Oregonian: There is, to be sure, something insubstantial about the world of this play, but isn’t this the point? It’s not our possessions, our “things,” but our connections to and with others that ultimately matter. Yes, this little play has something rather big to say. 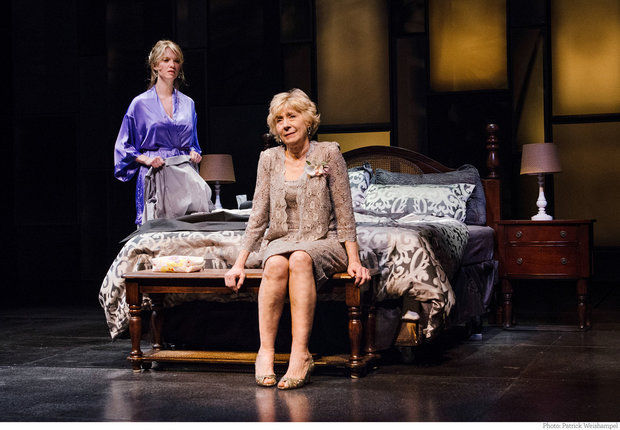