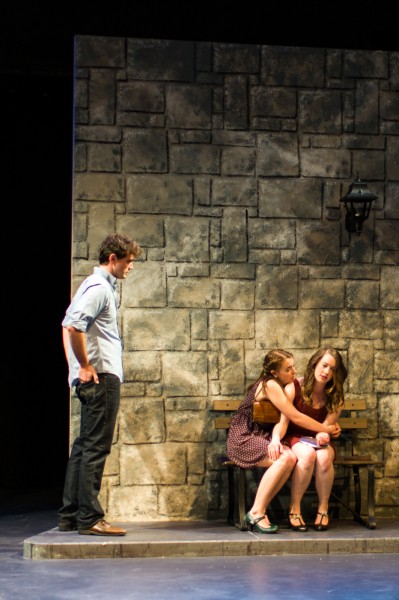 In Nov of 2013, Florence Lebas directed The Drunken City at the Harper Joy Theatre.

In a preview article, Alexandra Schaffer (who played Melissa) said: What struck us most about the cast of “The Drunken City” was the equality of the characters. Not really even in terms of there being three men and three women … but that everyone gets their “moment” in the play … A lot of women are involved in Whitman’s theatre department, so it is nice to come across a play that gives the same number of opportunities to both genders. However, what’s better than being involved in a show “about women” is being in a show about life, and we think the sense of life in the play — and the joy, heartbreak and experiences that come along with that — is what the audience will connect to the most.

The rest of the article can be found at whitmanpioneer.com/arts/2013/11/14/getting-adventurous-with-drunken-city/