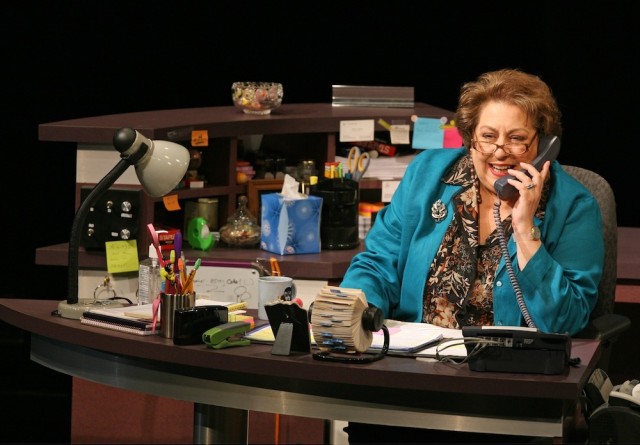 At the start of a typical day in the Northeast Office, Beverly deals effortlessly with ringing phones and her colleague’s romantic troubles. But the appearance of a charming rep from the Central Office disrupts the friendly routine. And as the true nature of the company’s business becomes apparent, The Receptionist raises disturbing, provocative questions about complicity with evil.

“Adam Bock’s sly, disturbing study in complicity and systematic dehumanization, The Receptionist takes place in an America where cheerful office workers briskly torture prisoners for information, but their real concerns are gossip, guarding office supplies and finding a nice boyfriend. Bock reveals vicious cruelty beneath workplace banalities with almost sadistic deliberation. Of particular note is Bock’s idiosyncratic language. His exquisite arabesques of indecision may have their origin in the absurdists (Ionesco) or British postwar experimenters (Pinter, Churchill), but it is also very much a modern tongue. One might call it the music of a multitasked mind filled with trivia, halting midsentence as if surfing to another channel. One is aware of the stylization—as one is in Pinter or Mamet—but there is also a faithfulness to the oddity of everyday speech.” – Best Plays 2007-2008