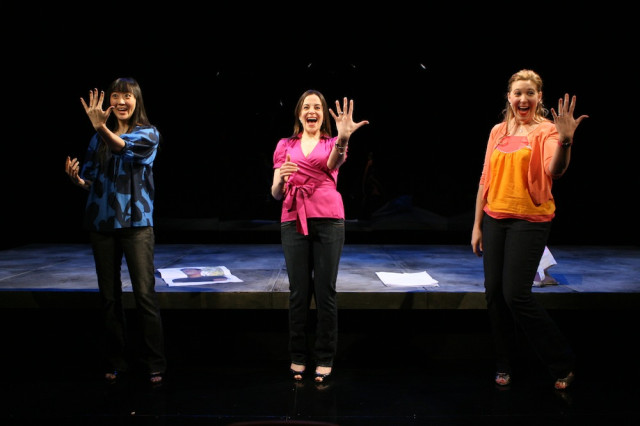 Off on the bar crawl to end all bar crawls, three twenty-something brides-to-be find their lives going topsy-turvy when one of them begins to question her future after a chance encounter with a recently jilted stranger. The Drunken City is a wildly theatrical take on the mystique of marriage and the ever-changing nature of love and identity in a city that never sleeps.

“A playful and hopeful comedy. A little heartache always goes well with hilarity. There’s only one response to something as pleasing as The Drunken City —another round!” – New York Daily News