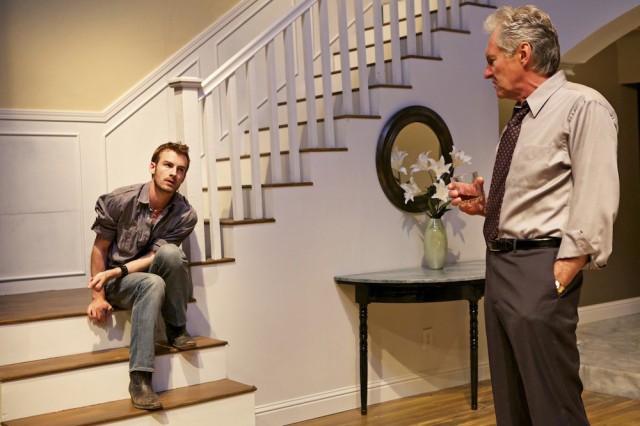 Lust. Betrayal. Home. Lodged in an unsatisfactory marriage, still in her sexual prime, Catherine indulges in a secret obsession for a younger man. Adding fuel to the fire, the object of her desire also happens to be her husband’s son. It’s a story about what happens when passion is given free rein over reason, an ardent and tabloid-worthy tragedy of 20th century suburbia.

“Clearly Bock is one of those playwrights who resists classification. He leaps through modes and genres so swiftly it’s hard to find the limits of his range. Here he nails the inarticulate symphony of everyday speech where stammers, pauses and repetitions tell us more about the speaker than perfectly-crafted turns of phrase. A regal Catherine finds herself inexplicably drawn to the forbidden fruit in the next room. Her desperate booze-fueled late night stab at seduction seems messy and real. The text remains ceaselessly inventive, jarring and seductive as the posh sterility of Catherine’s high-end lifestyle careens into chaos.” – San Jose Mercury News