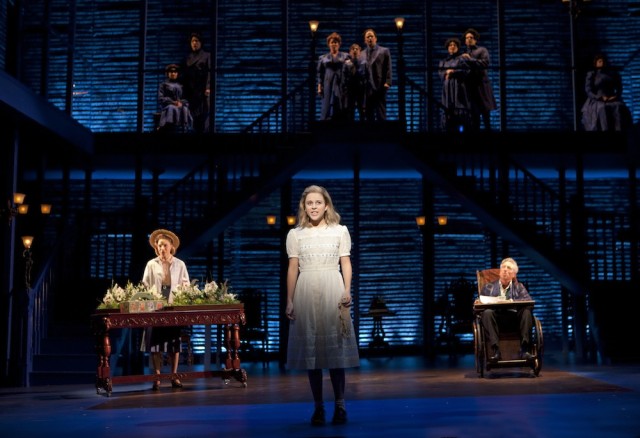 A darkly haunting, lyrical, and darkly humorous musical based on the 1962 novel by Shirley Jackson. Acquitted of a horrible crime six years ago, Constance Blackwood lives with her devoted younger sister Merricat and their Uncle Julian in what was once the home of the richest—and most envied—family in a small New England town. Constance tends the house and garden while Merricat invents magic charms to protect the surviving Blackwoods from the townspeople’s prying eyes and vicious gossip. But talismans may not be powerful enough to keep the sisters together when their handsome cousin Charles comes to visit.

“The mansion on the hill is disturbingly askew and the young girl who lives there has an unnerving self-possession. It’s all part of Shirley Jackson’s slyly menacing, next-to-abnormal world that she evokes in her 1962 novel “We Have Always Lived in the Castle,” premiering as a musical at Yale Repertory Theater. Adam Bock, Todd Almond and helmer Anne Kauffman have succeeded in creating a stage fable of anxiety and glee.” – Variety